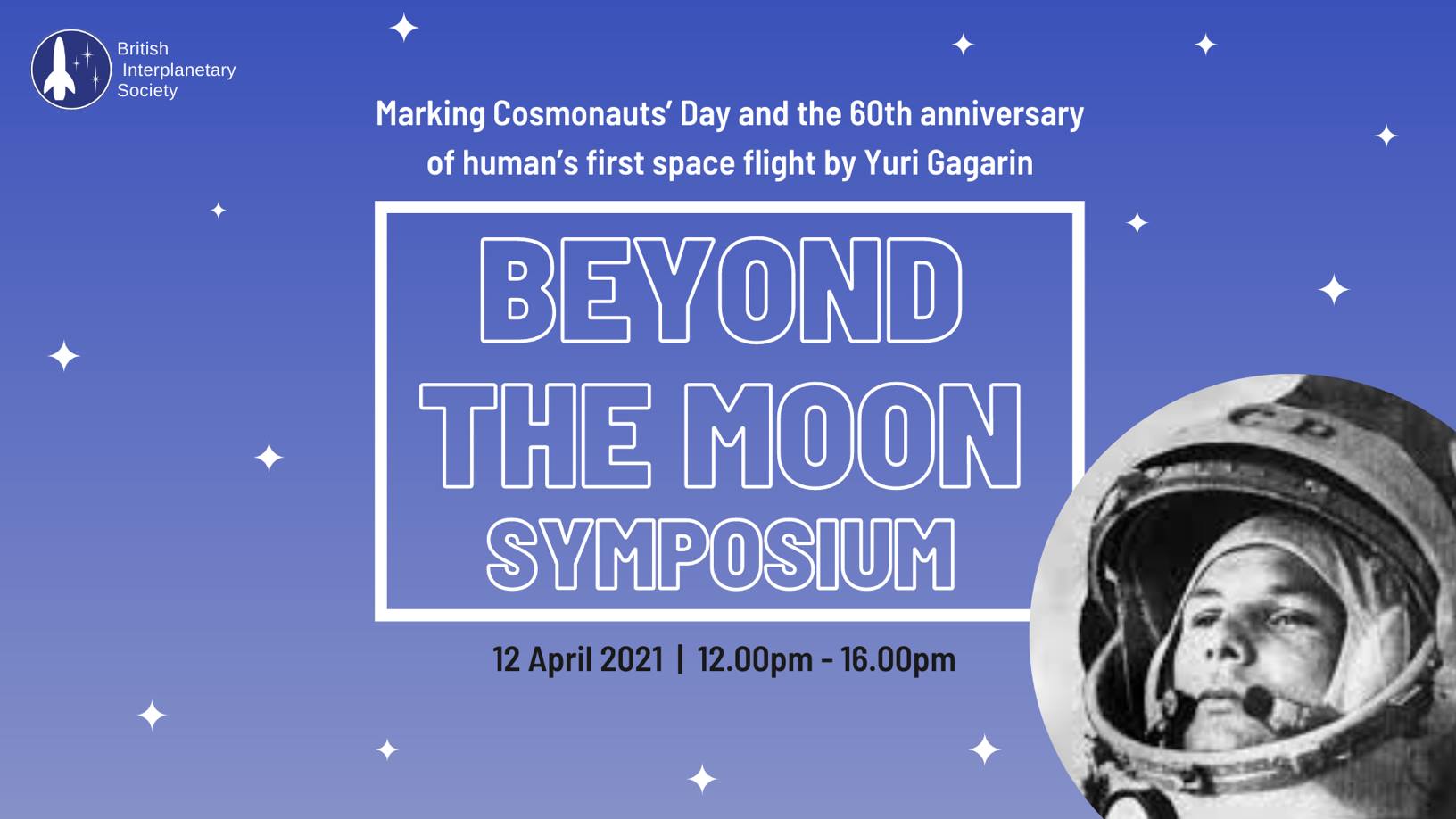 Marking Cosmonauts’ Day and the 60th anniversary of man’s first space flight by Yuri Gagarin, the British Interplanetary Society’s ‘Beyond the Moon’ symposium, will be on 12 April 2021.  Announced in an article by Gerry Webb, President of the Society, in the January 2021 issue of SpaceFlight, the symposium, will, due to the likely continuing Covid 19 restrictions, be virtual.

The BIS is keen to stimulate the study of the 10 most important barriers to human expansion into the solar system.  They are:

Radiation – both en-route and on planet surfaces.

Zero or Low Gravity – both en-route and on planet surfaces.

Political/Ideological/Religious – successful societies will evolve their own belief systems.

It is hoped that this will become an annual event, appropriately on Cosmonauts Day, 12 April, and will be a focus for future space activity, anticipating the steps that the human race will have to take to ensure its long-term survival.

To register for this event please visit the following URL: https://bis-space.com/shop/product-category/event-tickets/beyond-the-moon-2021/ →

The British Interplanetary Society (BIS) is a membership society that promotes the exploration and use of space for the benefit of humanity, by connecting people to create, educate and inspire, and advance knowledge in all aspects of astronautics.  We were formed in 1933 and are the world’s oldest continuously operating space advocacy society.  We have an international membership, publish three magazines and hold evening lectures, conferences and other events.

This is a virtual event

What is Yuri's Night?

Yuri's Night is the World Space Party. Every year on or around April 12th we celebrate all that humanity brings with us as we explore the cosmos: music, art, science, culture, and each other! We use space to bring the world together, to empower the greatest parts of who we are, and give vision to where we are going. Join us and rock the planet by planning an event or finding an event. We'd love to hear from you! Drop us a line at hello@yurisnight.net

Sign up for Yuri's Night newsletters. We send one every few months, but more around April. Your email is confidential; we won't sell it. And we never spam.

Your contribution empowers the Yuri’s Night team to continue its mission to bring humanity together to dream about where we’re going, exploring where we are, and celebrating where we’ve been. As a 501(c)3 nonprofit, your donation to Yuri’s Night may be tax deductible. View our GuideStar profile →

Log in
View my event dashboard
Add an event